10 Daily Habits That Are Harming Your Brain 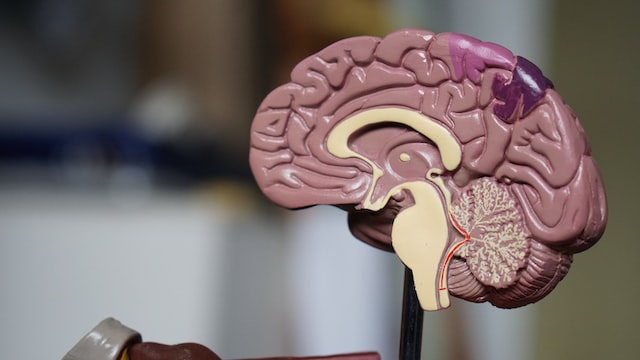 Your daily habits and routines can have a significant impact on your overall health, including the health of your brain. While some habits may be beneficial for your brain, others can be harmful and may even contribute to cognitive decline over time. It’s important to be aware of these habits and make an effort to break them in order to support optimal brain health. Here are 10 daily habits that may be harming your brain:

Getting enough sleep is crucial for brain health. The brain uses sleep as a time to cleanse and restore itself, and during this time, it is also able to consolidate memories and process new information. Not getting enough sleep can lead to problems with memory and concentration, and it may also increase your risk of developing neurological disorders such as Alzheimer’s disease. It’s recommended that adults aim for 7-9 hours of sleep per night.

Your brain is made up of 73% water, so it’s important to stay hydrated in order to support optimal brain function. Dehydration can lead to fatigue, irritability, and difficulty concentrating. It’s important to drink plenty of water throughout the day, especially in hot weather or when participating in physically demanding activities.

Exercise is good for your brain as well as your body. Regular physical activity can improve cognitive function, increase blood flow to the brain, and reduce the risk of developing neurological disorders. It’s recommended that adults aim for at least 150 minutes of moderate intensity exercise or 75 minutes of vigorous intensity exercise per week.

Too much screen time:

Spending too much time in front of screens can have negative effects on your brain, including decreased attention span and increased risk of developing mental health problems such as anxiety and depression. It’s important to limit screen time and take breaks to give your brain a rest.

Chronic stress can lead to a number of problems, including impaired memory and difficulty learning new things. It can also increase the risk of developing mental health disorders such as depression and anxiety. It’s important to find healthy ways to manage stress, such as through exercise, meditation, or talking to a therapist.

Smoking is bad for your brain as well as your body. It can increase the risk of developing brain disorders such as stroke and cognitive decline. Quitting smoking can improve brain function and reduce the risk of these types of disorders.

While moderate alcohol consumption may have some potential health benefits, excessive alcohol intake can be harmful to your brain. It can impair cognitive function and increase the risk of developing brain disorders such as alcohol-related brain damage. It’s important to drink alcohol in moderation and to avoid binge drinking.

Social interaction is important for brain health. Lack of socialization can lead to loneliness and isolation, which can have negative effects on cognitive function and overall brain health. It’s important to make time for social activities and to nurture relationships with friends and loved ones.

While it may seem like multitasking can increase productivity, it can actually have the opposite effect. Multitasking can lead to decreased attention span and impaired memory, as the brain is unable to fully focus on multiple tasks at once. Instead of multitasking, it’s more effective to focus on one task at a time and give it your full attention.

By making an effort to break these harmful habits and adopt healthier ones, you can support optimal brain health and function. It’s important to remember that it’s never too late to make positive changes and improve your overall health. Small changes in your daily habits can make a big difference in the long run.

10 Daily Habits That Are Harming Your Brain

Your daily habits and routines can have a significant impact on your overall health, including…

10 Ways to Improve Your Lifestyle Today (or Tomorrow, or This Weekend!)